Jesus paid the price for us to be well – a Bible verse on healing 1 Peter 2:24

Who His own self bore our sins in His body on the tree that we having died to sins might live to righteousness: by whose stripes you were healed,

What does a Bible verse about healing do with the brutal Roman flogging that Jesus endured you may wonder?.  A flagellum similar to a ‘cat o’ nine tails’ that had several leather strands attached embedded with lead and sharp pieces of bone was the instrument of torture.

Inflicting as much harm to the victim’s flesh as possible was what it was designed to do. Two strong brutes from the Roman army working in tandem delivering fierce blows was one of the cruelest things that could be done to another person.  Most people died either during the flogging or soon afterwards. This Bible verse on healing is found in 1 Peter 2:24 which tells us why Jesus was flogged in this way.

Jesus voluntarily underwent this ordeal for us.  There is a Bible verse about healing that describes Jesus’ fate very graphically:

The plowers plowed upon my back: they made long their furrows.

This public flogging was designed to humiliate the victim too as it was only reserved for criminals, slaves and other ‘low life’ that were not Roman citizens.  The spiteful battle-hardened Roman soldiers showed no mercy but enjoyed enforcing the might of Rome upon malefactors.

The victim’s flesh was lacerated so badly that innermost bodily organs, veins and arteries were exposed – even their bowels.  Skin and muscles were irreparably destroyed. The force of two Roman soldiers striking each blow in tandem meant that there was not a moment in between each blow to recover.  Perhaps the modern equivalent would be somebody suffering a serious road accident where their body may be quite mangled.

Jesus bore this ordeal for those of us all who believe.  Some people do not realise the truth about the Bible verse on healing that says, ‘by His stripes we were healed’.  They may think that it means healing of their emotions and not their bodies. They may think it is a future event for when we are in Heaven.  Yet this scripture clearly says that it is a past event – that we were healed.  It means healing for not only our minds but our physical bodies too.

Each stripe He suffered was for us so that we could walk in health and wholeness.  It is really sad when Christian’s blame God when they are sick, saying that God sent it to them to teach them a lesson.  What loving Father would do that to his children?  God’s will is for us to be well and whole.  This Bible verse on healing says:

And Jesus went about all Galilee, teaching in their synagogues, and preaching the gospel of the kingdom, and healing all manner of sickness and all manner of disease among the people.

Whilst taking Communion remember that the Lord’s body was broken for us and the Lord’s blood was shed for us.  His blood was shed so that we could be justified by grace before the Father.  Our sins were placed upon Jesus who bore the punishment for them instead of us.  There was a ‘great exchange’ – He took our sins so we could have His righteousness instead.  His body was broken also so that we could have His divine health and vitality. Jesus exchanged our sick, diseased bodies for His healthy body.  Sickness and disease is due to the law of sin and death that is constantly at work in our bodies as part of this fallen world.

Let us look at a wonderful Bible verse on healing in Isaiah.

Surely He took up our pain and bore our suffering, yet we considered Him punished by God, stricken by Him, and afflicted.  But He was pierced for our transgressions, He was crushed for our iniquities; the punishment that brought us peace was on Him, and by His wounds we are healed.

When we take Communion it is important to remember what Jesus went through when He was flogged.  In fact, some people believe that that is what is meant by ‘discerning the Lord’s body’ – it is an appreciation and understanding of what Jesus did to obtain our freedom from sickness and disease.  Perhaps that is why Paul said, ‘many are weak and sickly among you, and many sleep’ as they had not discerned the Lord’s body (I Corinthians 11:30).  Yet, be of good cheer this is a key Bible verse about healing!

As we consider what Jesus did for us, not only dying for us on the cross, but also suffering for us in His body, we can see that His blood was shed for us to save us from our sins, but we can also see that His body was flogged to save us and heal us too.  Ultimately, His blood was shed on the cross and He died for us so that we will never die in our trespasses and sins.  Jesus paid the price once and for all.  We can have confidence in believing God for healing as we take the bread of the Communion.

Therefore, do not ever believe the lie that God sends sickness to teach us something.  God sent Jesus to our fallen world to be flogged so we do not have to be sick and then crucified so we could be righteous.

Our Heavenly Father God loves us as His very dear children. He is a healing God and His Name is Jehovah Rapha – the Lord that heals you! (Exodus 15:26).

Thank you that you sent Jesus.  He not only paid the penalty of my sins upon the cross but he paid the price for me to be healed when His body was stripped by the vicious Romans.  I thank you dear Lord, that by your stripes I WAS healed.  It is a done deed – I am free in Jesus Name!

Would like to purchase this watercolour Bible verse about healing print.

This is love: not that we loved God, but that he loved us and sent his Son as an atoning sacrifice for our sins.
1 John 4:10
DailyVerses.net 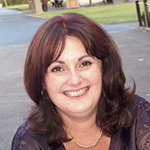 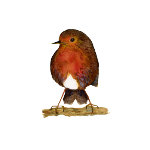